Carter had his first baseball game last night!! He looked so cute in his uniform!! He was so excited to get on the field. Even Matt said he had a hard time eating lunch because of his excitement to watch his boy play ball!!! 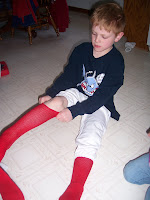 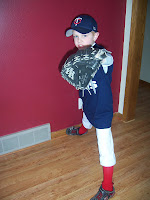 He did an awesome job on the field and at the plate. He got up to bat 3 times and even though his first time up to bat he struck out, he made up for it the other two times. He scored both times! 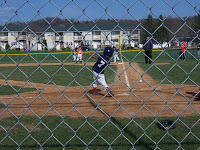 Here's Carter the first time he came home! You can just tell that Carter was made to play baseball!!! 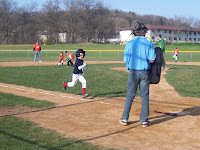 Carter had the opportunity to play several different positions. While playing shortstop Carter made a "Golden Glove" play (Carter's words for it). It was awesome. He caught the ball and threw it right to 1st base!! The entire bleacher section was cheering for Carter!!! 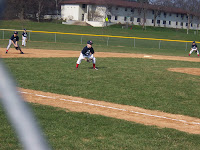 Go For The Gold

On Tuesday night Carter had his school program. It was called "Go For The Gold" and it had an Olympic theme. 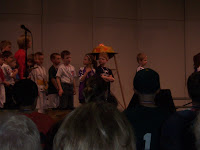 It was really cute and Carter did an awesome job!! He knew all the words to the songs and he even got to come out front and help hold the Chinese jump rope. 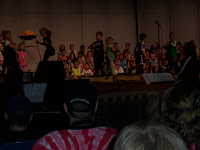 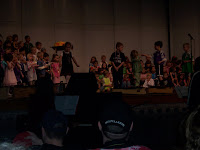 The best part was how Carter kept looking out in the audience to wave at us. He's such an awesome kid!!!
Posted by Nikki at 7:08 AM No comments:

Carter had his first baseball practice last Saturday. He is so excited to finally be done with t-ball and onto coach pitch baseball!!!! 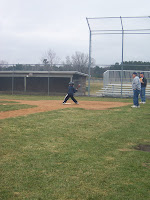 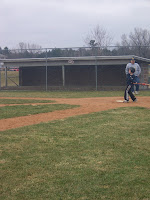 He looked great out there at practice! Way to go #7!! I think Matt was just as excited as Carter was to start the baseball season. It's been Matt's dream to watch his little boy play ball!!! 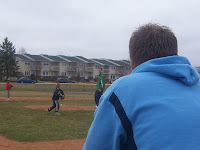 Carter LOVES baseball and would gladly play it all day long. He started carrying around his glove and ball in mid March just waiting for the weather to be nice enough to play outside. 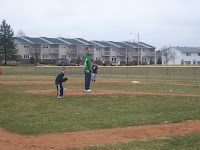 I just realized I didn't put this on my blog. A couple of weeks ago, Carter, Matt, and I along with some friends went to the Timberwolves vs. Pistons game. We had a fun time and we got to eat all we wanted because of our Hungry Like a Wolf wristbands! 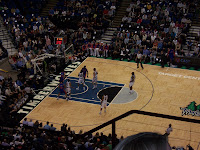 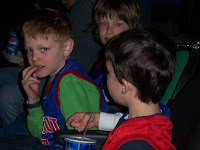 Carter had fun cheering on Detroit with his friends Levi and Zeke! 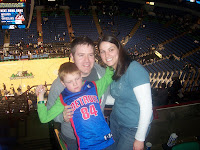 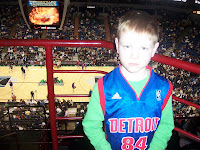 Family time in the Cities!! 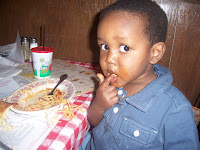 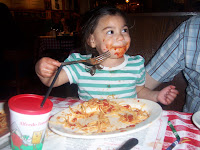 Matt had the weekend off (a rare event) so we all decided to go spend some family time in the cities!!

We spent a couple nights in a hotel, went swimming, went to the Mall of America, Underwater World, and just had lots of fun family time!!! Ana enjoyed the Spaghetti at Buca's the most, Cater liked touching the Stingray the most, and Durant liked playing with the Lego's at Legoland the most! 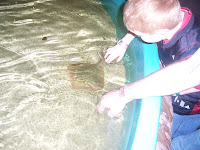 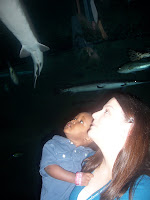 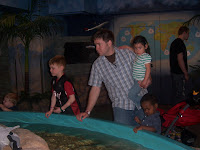 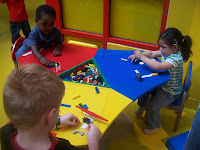 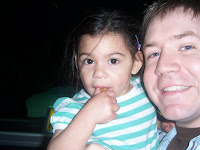 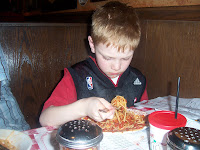 I want you to get out there and walk—better yet run!—on the road God called you to travel. 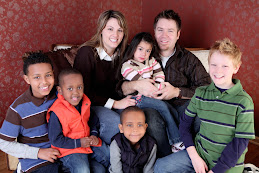 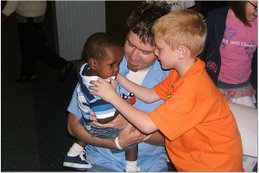 Meeting eachother for the first time 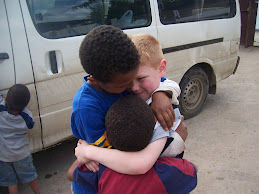 Nikki
I have a wonderful husband, Matt, of 11 years. Five great kids Ezra (12,) Carter (10), Jackson (7), Durant (5), and Ana(5)and only God knows how many more on the way. We celebrate the way our family was created and enjoy living each day as an adventure. This is the road God has called us to travel on and with His favor we keep on running down it....